AREAS WHERE rent a house in Havana

This is the area of the city where the influence of Spanish colonialism is visible. Many of the buildings date from the 16th and 17th centuries, this area inhabited by 70,000 Cubans. 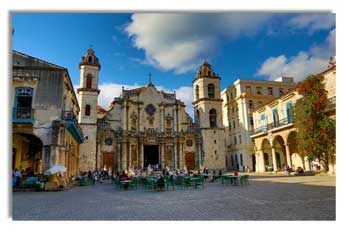 Like other cities built under the government of Spain by the Law of the Indies,Havana at least conform to the legislation that cities needed to be laid out in a grid pattern around a single central plaza, which was to house the main public, civic and religious buildings, including the church, palace governors and so on. In addition to the main square, Havana has several places, including the Plaza de Armas, Plaza de la Catedral, Plaza de San Francisco and Old Town Square.

The city grew rapidly during the nineteenth century, forcing the local government to introduce planning laws in 1818 and 1862, queregula land use and construction of new urban and suburban neighborhoods..

The new project had to be exposed in a network plan which included the width of the streets and increased from 6 million to 14 million Demetros in the suburbs (compare, for example, the streets of Havana Vieja with Centro Habana and Vedado, which were developed largely after the introduction of planning laws).

Early Cuban architecture was strongly influenced by laarquitectura of Spain. Many of the colonial town houses conform to a basic style: the large wooden doors leading to a house on one built ground around a central open courtyard (see, for example, the La Mina (Plaza de Armas restaurant ) or El Patio (Cathedral Square). over time, the number of plants within these buildings and increased construction, was the man, the Baroque style.

While the debate on the appropriateness of the relatively small area bounded by UNESCO World Heritage Statute of the area has had a significant impact in terms of conservation of buildings of Old Havana continues. 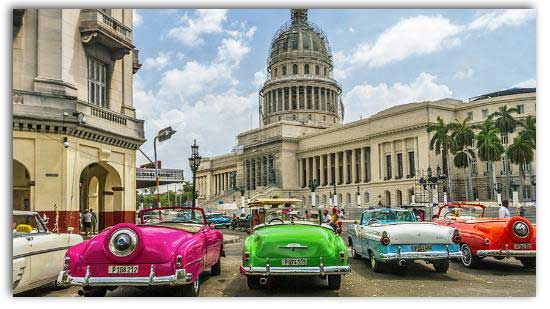 Two agencies share responsibility to maintain and preserve the old part of the city: these are the National Center for Conservation Restoration and Museum Studies (CENCREM) and the Department of the Historian of the City and laArquitectura. In 1987, the Group For Integral Development of the Capital (Center for Integral Development of the City: Miramar see) was established to create a singular vision of ciudad. Restauración Eusebio Leal, city historian, he has played an important role in the preservation and conservation activities in Havana. In 1994, Leal creates the Habaguanex Corporation, a company created non-profit. Today, Habaguanex SA.

It is probably the most powerful state agency in Old Havana, provides a historical cultural product that centraprincipalmente in Old Havana.
It works by dedivisas generation through tourism and related services Old Havana and then uses these funds for the preservation and development restauraciónhistórica and community projects.

Habaguanex has many restaurants and bars in the historic center dela city, including El Patio, La Mina, Valencia Hostel, Hanoi and others.

In other words, Habaguanex seeks to "develop tourism in the HabanaVieja with greater diversity and cultural identity to meet the needs, tastes and preferences of [their] clientes.Su greatest aspiration is to provide the best tourism product in Havana, so dynamic and organized, efficiently, and its quality and originality, in an environment characterized by safety, hospitality and essentially Cuban character distinguepor. We believe this combination will meet the demands and expectations of customers, to ensure that Old Havana is a planned turístic . " loyal vision for the city, has been widely promoted.

Havana Center (Centro Habana) was formerly the most elegant part of Havana and its main shopping center is in the streets of San Rafael and Neptune, which were nothing more than shopping streets of Havana.

The dividing line between old and Havana Centro Habana is the meadow is nothing but a street that at its center there is a park along lña street with large bronze lions and starts on the boardwalk and ends at the Capitol built between 1770 and mid 1830. This wide street was meant to compete with the boulevards of many European cities such as Paris and Madrid.

However, the central area of Havana does not get many tourists as Old Havana and has World Heritage status so that has not been allocated resources to surestauración.

List Rooms for rent in family's houses in Havana Center

Vedado is one of the new neighborhoods of Havana. It is built when American influence on the island was at its peak, after the Spanish-American War. At this time, the United States ruled Cuba and many US companies invested in Havana. Vedado was mostly rage in the 1920s and 1930s, when American tourists flocked to the island attracted by its relative proximity (which was easily accessible by Ferry from Miami and no visa is required) and the availability of alcohol in a time the US ban was implemented. During the time of Batista, the American mafia bosses invested heavily in Vedado and capitalisaron US to develop a thriving tourist industry based around alcohol, 24 hours gambling and prostitution restrictions. 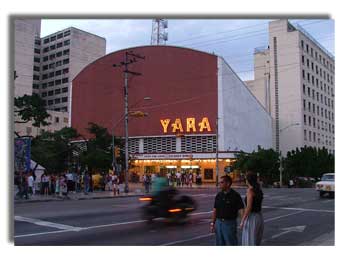 From 1920 to the 1940s, the growth of the city accompanied by a boom in the insured building became prime Vedado Havana (middle class) commercial and residential area.
Many of the most famous landmarks of Havana (such as the University of Havana, the National Hotel and the first skyscraper, the building Lopez

Online Serrano and 11) were built at this time and were including new architectural style. While many middle-class families moved to Miramar in the 1950s, Vedado remained the center of commercial and social life with numerous cinemas, casinos, hotels and restaurants. Vedado was the influence of the infamous mafia was stronger and is associated with Capri, National and Riviera hotels.

The organization of the streets and buildings in Vedado and Miramar (west) was carefully planned. The influence of the US occupiers in the city was evident. As in many cities in the United States at the turn of the century, "an unhealthy life" (both in moral and social terms), As a result, when this area begins to develop, the wide streets were lined with trees and regulations planning, performing compulsory open spaces as part of the overall landscape of the area. A minimum of one third of each plot had to be left unbuilt five meters of garden are distributed between the building and the street. Many of these spaces and parks in the Vedado since been built, and you will realize that this area is more open than other parts of Havana.

Places of interest
The only monument to Castro in Havana is located on the corner of streets 12 and 23 in Vedado. This monument commemorates the Declaration of Havana 1961 (when the revolution publicly declared socialist).

Listado Houses in rent in Vedado

The influence of American wealth is clearly visible in the residential area of Miramar, which was designed in a similar way the garden American city. In the early years of the revolution, wealthy white residents of this neighborhood, were the first to leave Cuba.

The houses are mainly made in multiple dwellings and homes of students or are being used as rehabilitation centers aimed at training people  (eg prostitutes in certain professions. Some of these houses were assigned to government workers. 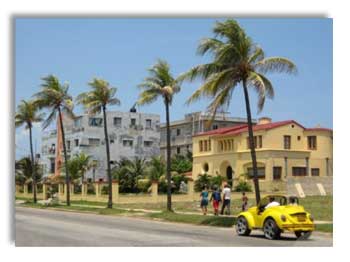 Today, while some of the houses are in a state of disrepair, this area still has a sense of wealth compared to other areas of Havana and parts of Miramar being restored. Some of the big houses are now embassies, while others are based Cuban joint ventures.

This houses many areas of rich foreign workers of Cuba (mainly west of the Almendares) and some services have been developed to meet their needs, including two hospitals private dollars (for foreigners), international schools and shops including Le Select , Fifth Avenue and large on the corner of 70 and Third supermarket.

The Maquete of Havana is located in this area and reflects a miniaturized view of Havana, covering over 1,500 square feet, though still not complete on a scale of 1: 1000. the model has been created by photographing and measuring all buildings in Havana after one of 9 modelers prepare and build up the pieces and added to the model. The model is color coded with colonial buildings from the 16th century to 19th in reddish-brown buildings from 1900 to 1958 are yellowish brown and built after the revolution is cream color.

The model shows that most of the buildings of Havana were built in the 20th century with the construction of a considerable hopes that in the future, the white buildings are mainly hotels and shopping centers run by foreign investors).

The model is in the building of the Center for Integral Development of the City (see Havana: World Heritage Site). Its function is to oversee the conservation and development of Havana.
Each time a new building, a building model is proposed and inserted into the maquete to assess its possible impact on the environment.

The group has an advisory role, and has had some success in lower tones of offices and buildings that dominate certain neighborhoods, but the power of the dollar means that some buildings are approved despite its danger.